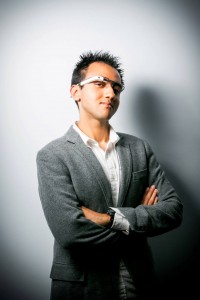 I’ve wondered what it’s like to be a celebrity or mildly famous. I think wearing Google Glass has given me an idea. Everywhere I walk, people turn heads to look at me. I was walking by a group of people at work and my friend was behind me, he reported a trail of murmurs: “Is he wearing Google Glass?”, “Oh! Google Glass!” At social gatherings and events, it doesn’t take long for me to become the center of attention. In the two and a half weeks that I’ve owned Glass, I’ve probably had over a hundred people approach me about it and I’ve let half of them try it on. I don’t really want all of this attention but I guess it comes as part of the package.

Pick-up Experience
I received an email with the subject “Your Glass is now ready! Please purchase.” I immediately scheduled a pick up appointment in San Francisco. Glass Explorers get the option to pick up their unit from Los Angeles, Mountain View, or San Francisco in CA or from NY. I was given the option to bring along a friend for the event. So I invited Sal to come along and on July 3rd 6:30 PM at Pier 1.5 we greeted two people from Google wearing Glass. There were about ten of us for the 6:30 appointment and we were put on two speed boats that took us across the bay from San Francisco to Alameda at alarming speeds. We joked about how Google was kidnapping us. At Alameda we were shuttled to a remote building owned by Google. We proceeded to check in and make our way to the rooftop where half the people present were wearing Glass chattering about with champagne in their hands.

I had a Glass guide dedicated to me for the entire event. Even though I had placed an order for the charcoal color, I was given an option to try out different colors in front of the mirror and change my mind. After cycling through the various colors, I was pleasantly surprised when I tried on cotton. I had a dilemma between the two colors because I always default to darker colors but the cotton looked really nice. My Glass guide thought I should go with cotton but I wasn’t fully convinced. So another guide who was supposedly really good at matching people with colors came by and concurred. So I proceeded with the cotton color and went up to an observation deck where the unit was custom fitted to be fully comfortable on my face. 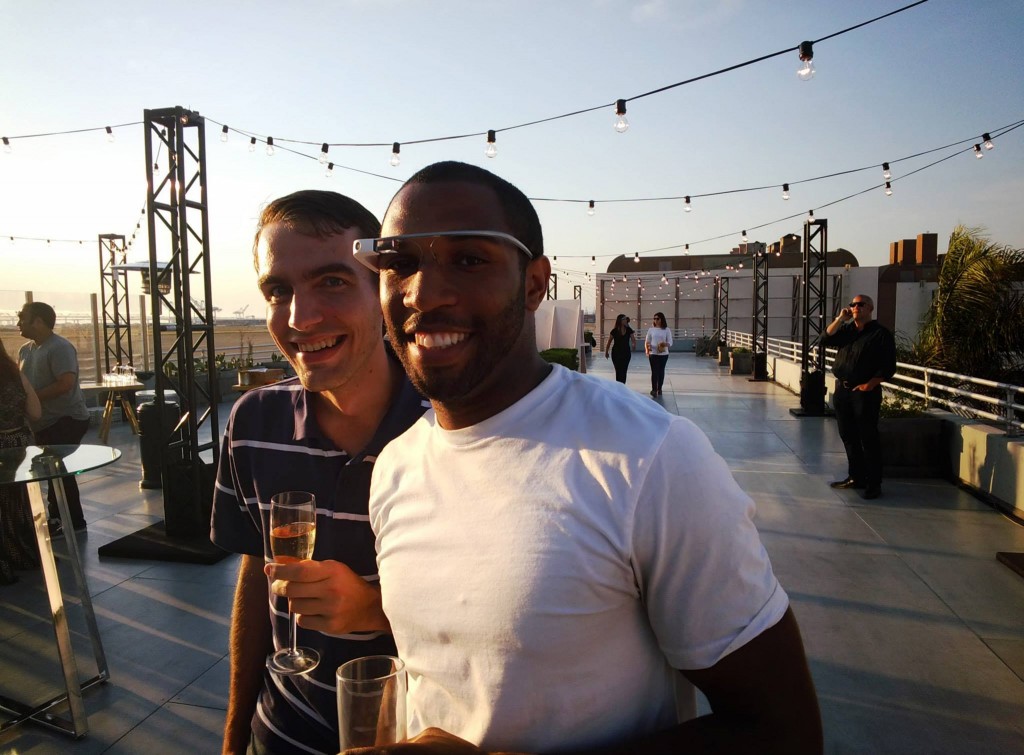 Saying: “Ok Glass, take a picture!” for the first time.

After pairing my Glass with my smartphone and signing in to my Google account. Sal and I were taken downstairs where we mingled with other people as I learned how to use it. We met two Stanford med school students who were on an indefinite leave working on a Glass product for doctors. I continued to experiment with Glass, taking pictures and videos, sending text messages, etc. I even did a Google+ hangout with Sal which was crazy as he could see what I could see through my Glass and I could see him in my Glass screen. After the Stanford guys learned more about our backgrounds they invited us to stop by and visit their startup. Sal pointed out that things would get really interesting after getting Glass and it was already happening.

My opinion after two weeks of use
I’ve slowly broke into wearing Glass regularly. Now I pretty much wear it during the entire day and it comes in quite handy! The most useful thing by far it does right now is navigation. It takes smartphone navigation / standalone devices and blows them out of the water. It makes more sense to have a display in your peripheral vision that tells you where to go. When you focus your vision on the display, you can still see the road. It’s just that your eyes aren’t focusing on it, which is much safer than looking down at your smartphone and completely blocking out your vision of the road. I’ve taken some amazing first person videos / pictures and Glass really shone through. I am mindful of my behavior and only use Glass when it is socially appropriate. The issues revolving around privacy are over-hyped but they are definitely there; it’s quite obvious when someone is recording you on Glass because the display is lit up and you can see it. There are plenty of articles on the internet about this so I’m not going to delve on this topic. Fewer than 10,000 people who have been picked by Google have Glass right now. It’s a great way for Google to experiment with the device and iron out issues before it’s open to the public. 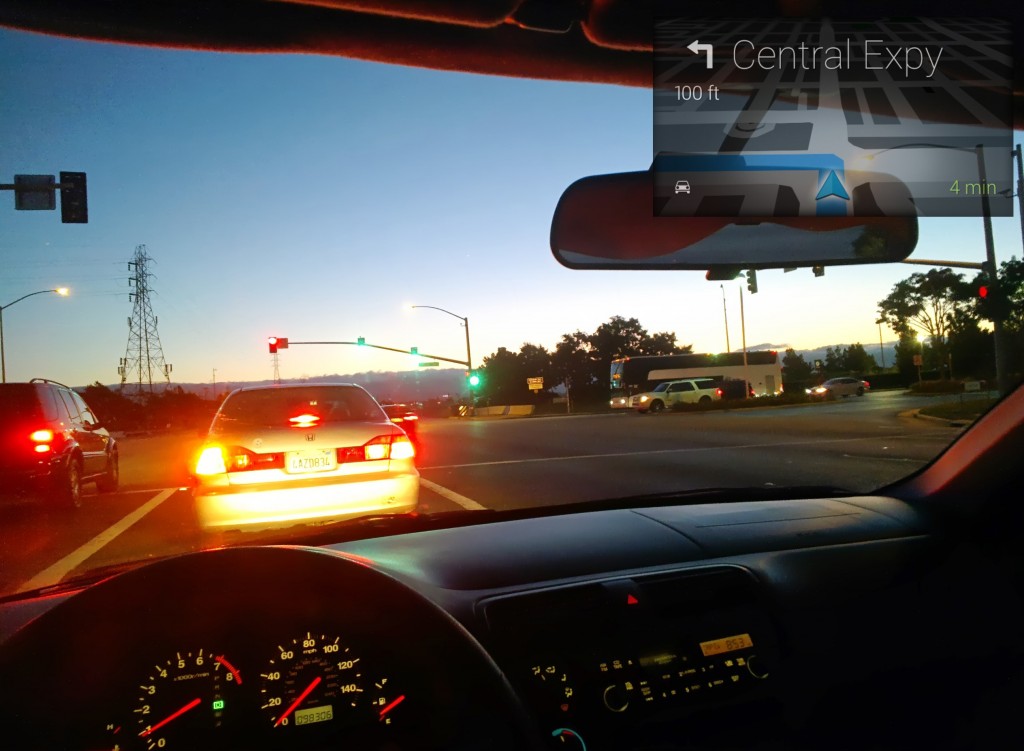 When it comes to Glass, a lot of people think about augmented reality. However, it’s not designed for that. It’s suited for getting tidbits of useful information at the right place and right time. I’m not sure if Google Glass will be successful or useful for mainstream consumers, but it’s certainly paving the way and making people more comfortable with the idea of wearable technology. I look forward to exploring different ideas and creating apps for Google Glass.